*NOTE:- Tracking is only available for a period of 2 months from the dispatch date.

Concept Artist Renju MV discusses the process of creating an effective narrative by blending the knowledge of traditional mediums into digital tools and the interplay of line work and colours to convey the unique emotions in a day-to-day story.

The Right Blend for Desired Results

Describing emotions in a single frame of time with the help of lines, tones and colours can be extremely stimulating and challenging. Although there are varied digital tools which can be utilised to ease the process of design, injecting one’s knowledge in the traditional forms such as watercolours, oils, acrylics and pastels can be a boon in the process. Sometimes mixing up both mediums to produce quality work with an effective narrative can be immensely productive as well With his passion for Fine Arts, Illustrator and designer Renju MV has had a great experience in interspersing the traditional mediums with the digital while working for various industries such as game, film and animation.

People see and interpret the same situation differently and every person has their own way of looking at things. There is always a story around every corner and it is imperative to question everything around us and interpret the significance and meaning of what it truly means. Art is a wonderful medium to explore and showcase one’s original perspective on the world which might have been overlooked by the mass. Gaining perspective is the only way to break free from herd mentality and stereotypes that are ingrained in society. 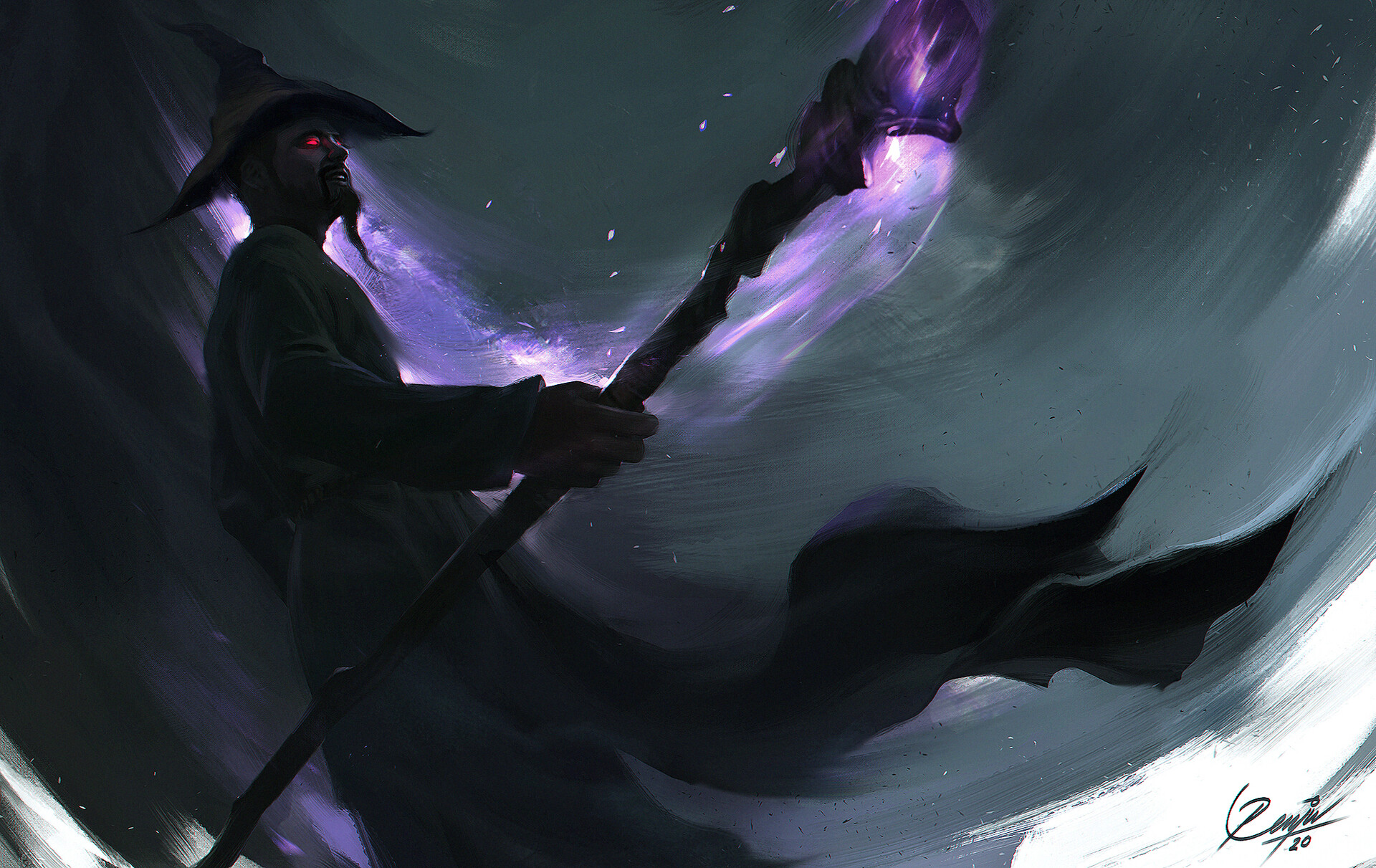 The illustrator believes that observation is elementary; interpretation of the observation and then deconstructing the information is vital in the process of design. While trying to stay emotionally connected to the facts, he then uses his limitless imagination to assemble his project’s reference. This method provides a base and gives a sense to clarity to begin or develop an idea. 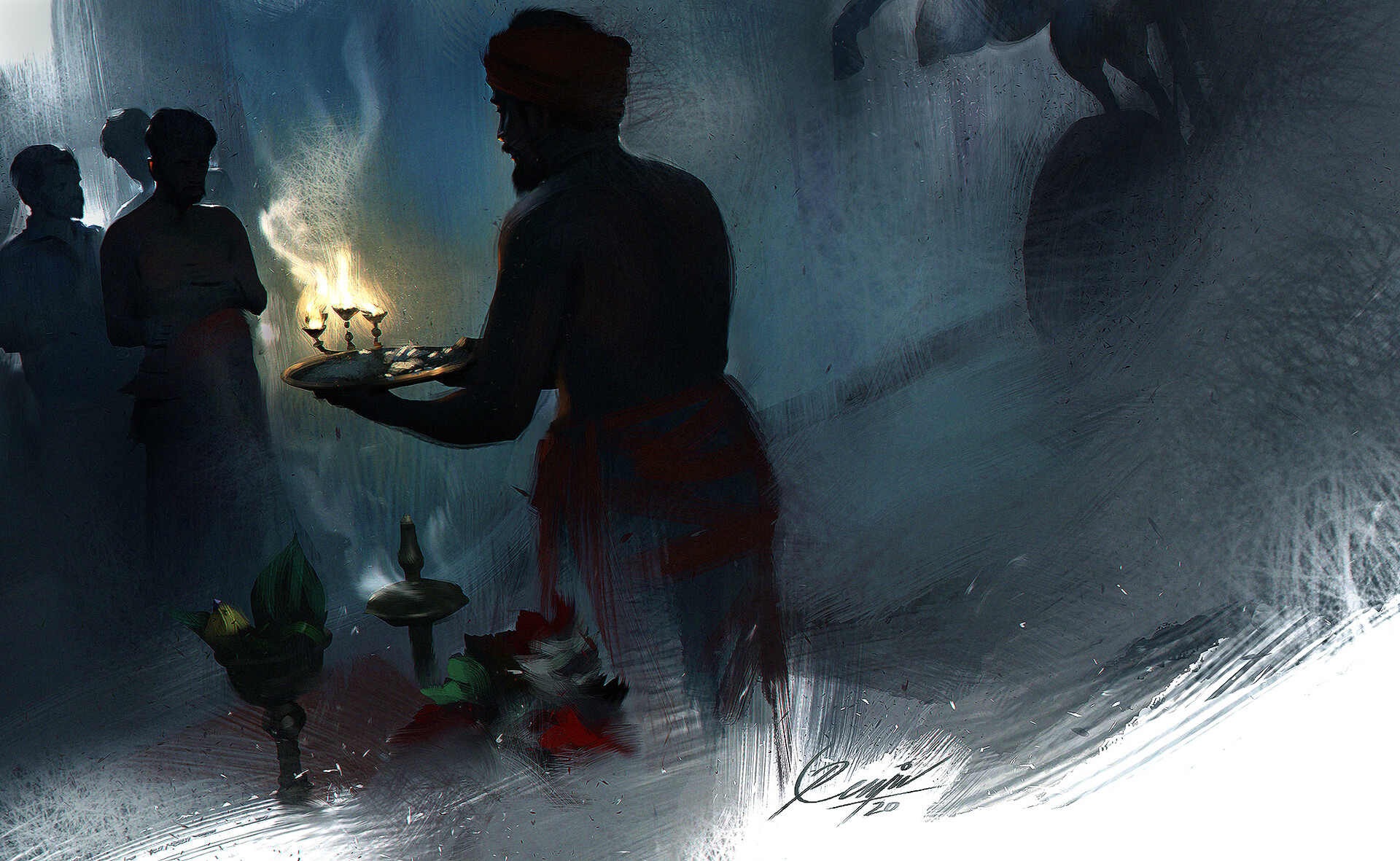 The Role of Pencil

An initial comprehensive of early sketches of an idea is essential. These series of quick drawings help the designer to get a visual continuity and refine the sketches in the progression. Fleshing out pages of thumbnail sketches and slowly locking down the final rough is a gradual process that is extremely crucial to understand the different elements in the narrative and how they must be depicted. This later becomes the template for the final art work.

Every Detail is Important

Capturing the essence of the narrative is of the utmost importance when producing the linework, however, the illustration gains its meaning and soul only after it is coloured. The portrayal of emotion and depth in a story is critical to comprehend the mood and appropriate tones and colours highlight it effectively. The designer chooses the colours very carefully to encapsulate the mood and accentuate certain attributes in the story.

We all have favourite TV shows and we passionately discuss the stories and characters of it. But sometimes, we tend to ignore the channel and its branding. Now with many different channels to choose from, we are experiencing many new branding overhauls to grab the audience’s attention. In this issue, we focused on Motion Graphics design and people behind some awesome channel rebrandings. If you are interested in moving design or animated content then this issue is a must-read for you!

A Dose of Illustration Inspiration #21

A Dose of Illustration Inspiration #20

A Dose of Illustration Inspiration #19

Design Lettering with Almost Anything!

Amazon Karigar. Behind the scenes by @rocketscienc

The type foundry @bymonotype has just released a v

Lovely Kukreja @melovelyartist is an illustrator a

Here is the process of making 'the old man' digita

Portraiture is the most sought after art form by s

How Illustration Transcends the Traditional Medium of Paper

The illustrator Ruchi Shah reflects on how illustration changes or retains form as it travels from one medium to another.

The job of a canvas is to effectively communicate the purpose of illustration. At the same time, illustration is a fitting medium that communicates the purpose of design. Together, they allow a designer to look at things from unlikely angles, allowing one to economise resources and break distinctions. This makes illustration a hybrid of different disciplines like art, craft, architecture and photography. Thus, narrating pictorial stories of the constantly evolving world.

Whether literal, physical or humorous, it is the connection that makes the style complement the idea. Space-agnostic illustrations are more skill-driven than conceptually steered. Thereby making the style of illustration following the idea. In such cases, the key is to know what can and what can’t be achieved through your form. The possibilities and limitations often declare the idea. Once you know your style well, it becomes easy to explore your idea further.

In the artwork, ‘The World through my Window’, the idea is a jumble of what has caught the illustrator’s fancy while travelling, expressed through a pop-art-ish route. The messy, clean and cozy windows that she observed kicked off the visual approach in her mind. The approach took inspiration from her cluttered workspace that is always scattered with curios, boxes, containers and papers. All these objects rearranged themselves to create the visual. With small niches and spaces it worked perfectly as big or small windows and buildings. The artwork is buzzing during the day, but actually comes alive at night. Being created with a mixture of coloured semi-transparent papers, it can be lit up during the night.

The medium tells you what to do

An illustrator should let the form of illustration take shape according to what the medium allows it to do. This essentially means one needs to know the medium well. Does it bend? Does it fold? Where does it want to go? What does it refuse to do? The answers to these questions determine how one should go about the form, using the chosen medium. Keep exploring, make mistakes, characterise these errors and finally, build on some of them. The enhancement of the imperfections sometimes becomes the key to making a perfect visual.

The brief was to design the entrance of ‘Purestone’ – a London-based digital marketing agency’s office. Part of a rebranding project, it was done in collaboration with Kyle Henderson. The 25ft x 10ft long space, had to be attention grabbing for potential clients, giving the office a strong identity. The style of both the designers on the project had a lot of detailed and bold line work, making it possible for occasional overlapping. Incorporating the window with a view of urban London that sat exactly in between the space, a visual was created that complemented style of both the illustrators on the project. As the space had a lot of geometrical niches and corners, a seamless graphic was preferred to run across it. The style nicely adjusted to the scale of the space and was received enthusiastically by the onlookers.

Expertise is to know how to give context to everything

Of course, knowledge and skill remain irreplaceable. But expertise also comes with awareness that anything and everything can be used to express yourself. Either by essence or by form, if materials are captured and framed with singular or multiple contexts, brilliant results can be achieved. Turning snags into starting points for constructing the visual and keeping a balance between pausing and exaggeration define it. Unlearning trumps learning and knowledge of that facilitates expertise.

For the project, ‘The Rainmaker’, different skills were combined into one installation, where everything remained substituted. The fabric turned into rain, plastic pipes poured out paper puddles and real people became mere props. The idea was a transition between a sense of reality to conceptual and stylized depictions. The archetypal British summer was the inspiration behind creating the visual around rain, which the designer literally attempted to ‘make’. This was justified with a screen-printed fabric on which it was raining cats, dogs, fish, alligators etc., giant paper-cut ‘water’ and an intricately hand crafted umbrella, creating an image of the urban world above it, using mundane materials such as black strings and wires and things found in everyday life. This carefully arranged scene was a full-blown installation, letting people take the centre stage.

Sum up to your talent everyday, every moment

Learning and exploring are the two essential ways by which you can keep moving forward. Achieve that through travelling, developing new habits, observing anything and everything, miscellaneous conversations, following the trends in nature and the haphazardness of our responses to those trends. A culmination of all of these will be exemplified in your work.

Coming from a country of stories and storytellers, Indian animation professionals are sitting on a gold reserve. Yet, we are miles behind the Western world. We spoke to few leading names to find out the reason and understand the Indian animator’s sensibilities and practices The house unanimously opined that we need to develop more original ideas and also create exclusive stories for animation, rather than going the other way round…

A Dose of Illustration Inspiration #21

A Dose of Illustration Inspiration #20

A Dose of Illustration Inspiration #19

Design Lettering with Almost Anything!

Amazon Karigar. Behind the scenes by @rocketscienc

The type foundry @bymonotype has just released a v

Lovely Kukreja @melovelyartist is an illustrator a

Here is the process of making 'the old man' digita

Portraiture is the most sought after art form by s